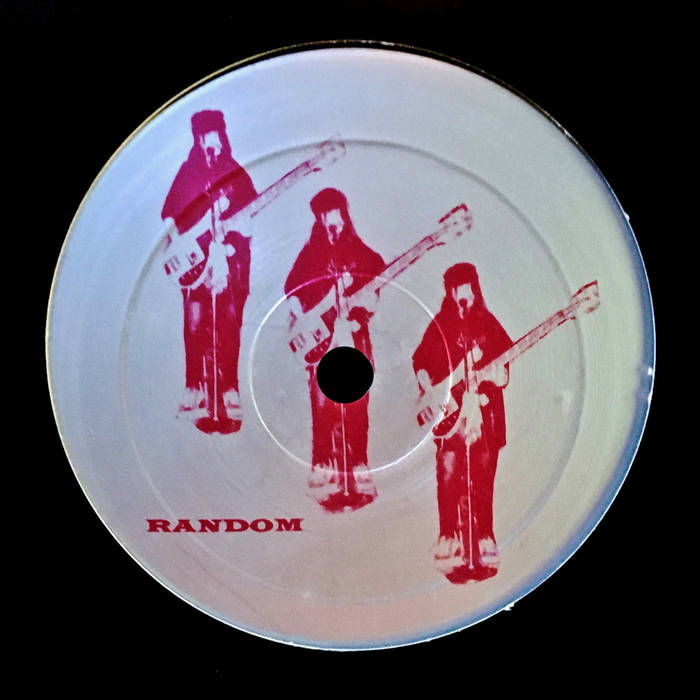 The story behind my debut 12 inch release, 'Hat, Hair, Lipstick,' involves two coasts, a motley collection of music gear, and the ever-present desire to leave a mark. My goal then (as it is now) was to fuse together seemingly disparate influences, inspirations and methods. The result was an ambitious mix of hi and lo fi, handbag house, DIY rock, sampled beats, jazz, and noise.

It began in the mid 90’s when I was living in San Francisco. Involved in many musical projects at the time, mainly my queer art punk band Fagbash, I was going through changes. I was becoming increasingly interested in DJing and reconnecting with my electronic synth-based roots. Meanwhile, I was employed working the bar in SF’s notorious night (and day) club The End Up. It was a truly grueling place, but it did hip me to all the house jams of the day, thanks in large part to the tea dance that happened every Sunday. This always well-attended soirée began at the standard afterhours time of 6AM and raged all day. When I wasn’t lugging beer crates around or serving booze to irritating meth heads, I paid close attention to the DJ’s, the music, the lights, and the effect it all had on all the revelers. I wanted in. I wanted to produce heady music that was spacious, eschewed cumbersome lyrics in favor of groove, and dared to be more abstract.

Me and my circle of friends all made music with each other, in various constellations. Knowing my way around a four-track cassette machine, I got tasked with recording a demo for friends Kelly and Jessie’s band XO Dynamite. With all of us hunkered down in a crowded basement, Jessie started a song singing the line, ‘Word on the street...’ As her voice was isolated on one channel, I wondered what it would be like to sample and loop that line, along with some pre-song studio banter I also recorded. Later in my bedroom, I did just that, then added a break from a certain Royal from Minneapolis, and ‘Hat, Hair, Lipstick’ started to take shape.

Everything was lo fi. I had a collection of synths from various eras: an Ensoniq EPS, a DX 7 2FD and a Moog Opus 3, to be exact. I made dirty, low bit samples of percussion isolated from house records, like the distinctive 909 open hi hat. I had no real 909 drum machine however, nor did I even know what this ubiquitous drum machine was. I was also clueless about hard disc recording, but I was a whiz with that four-track, so that’s what I stuck with.

I did it my own way. During the rhythm shift that happens half way through, I wanted to present something I never heard in dance music and drop some ominous, screechy guitar feedback. This amped up the drama and recreated the stoned out, amped up feeling I experienced at after-hours parties and dance floors back then. I liked that so much, I eventually soloed it for it’s own place on the record, the cleverly titled ’Feedback Track.’.

One day, after I had closed the bar at the End Up, I snuck in to the DJ booth and tested out my creation on their cassette deck. As the vocal sample started looping, one of the office employees, a notorious tweaker, started twirling around on the dance floor, his face lost in reverie. I knew I was on to something!

Fast-forward and I’m struggling through my first year in New York. Living on noisy 3rd. Ave in the Murray Hill neighborhood was a far cry from the mellow vibes of SF, but still my broke ass lugged all my gear up a four-floor walk up and settled in. I went about producing a track called ‘Humid’, so called because of the insanely hot tropical weather I wasn’t prepared for that summer. I distinctly remember recording it in my sweltering bedroom, windows wide open, nothing on but shorts, sweating over my keyboards. This time, I had even less interest in editing and created a thirteen minute epic full of breaks and drops, backwards vocal samples, disco strings, dirty guitar pedal effects, and a frenetic organ solo, all crammed onto four tracks. At the end, the tape simply ran out.

That same year, I was freelancing at a commercial jingle house working for a producer who was kind enough to let me mix my tunes through the outboard gear in his proper studio, onto one of those new fangled DAT machines. This place also was home to an actual Synclavier sampling workstation. This monster of a machine (whose hard drive literally needed it's own closet space), was used all through the 80’s and 90’s, famously on Michael Jackson’s Thriller, Grace Jones’ Slave To The Rhythm, and so many others. I had a dream job of creating and cataloguing samples for this thing, and naturally squeezed in making my own music on the side. After figuring out the Synclavier’s sequencer, I mixed everything down to DAT live, resulting in a slicker, cuntier and gayer jam, complete with the requisite Loleatta Holloway sample. It was all very New York, and I called it ‘Set Starter’ as a bit of instruction for DJ’s. Certainly a more hi fi creation than what I did on four-track cassette, I was nonetheless comfortable standing it along side the dirtier sounds.

With the jams in the bag, and restless to get my new DJ Snax persona some proper attention, the time was right to release my own record. I had a bit of experience doing this in my former bands, but never fully on my own, and never a dance record. In those pre-internet days, I asked folks and phoned around until I found a decent and affordable pressing plant, in Texas of all places. Insistent on releasing as much as possible (this WAS my first solo record, after all), I ventured to squeeze every blessed minute onto two slabs of vinyl. I knew next to nothing about quality reduction due to close groove separation, or any of the other intricate and high-end issues one needs to consider when pressing vinyl. I have no recollection of even having the thing properly mastered!

Needing to call my newly founded label something, I chose a word that made it's way prominently into my vernacular at the time, ‘Random.’ The word was popularized in the movie Clueless of course, but to me ‘Random’ was a philosophy. Life is random. Love is random. Stimulation comes from us at all angles, at all times and from all directions. To synthesize it all is to live randomly. And the artistic chaos that crystalized and brought forth this record into reality was truly random.

Next order of business was designing the labels. I had already designed psychedelic pop art demo cassettes and wanted to recreate that look for the vinyl. The picture was one I took of Jessie, she of the sampled voice, and could best be described simply as Hat, Hair and Lipstick. So with that on the front, my boyfriend at the time and I threw together a hodge-podge of questionable fonts for the credits on the flip side, and the design was complete.

After a couple weeks I got a call from the pressing plant, double-checking that I wanted to stick to my order. "You know," said the friendly Texan engineer on the line, “since you're squeezing so much on each side of this record, the volume with go way down. Are you cool with that?” “Ahh…sure, do it!' I impulsively responded. After all, nothing was going to get in the way of my artistic vision, my grand flagship STATEMENT. There was queasiness in my gut as I hung up the phone, unsure if I had made the right decision. Some time later the test pressings arrived and sure enough, they sounded dreadful. After all the recording, the mixing and the planning, my ears were greeted with a barrage of surface noise, skipping, low volume; everything a dance record ‘shouldn’t’ be. Somewhere underneath it all was my music. I was crestfallen.

Well, 300 copies were and paid for, so my only choice was to stand by my creation and start hustling this random record. I may have found a distributor; that’s another memory lost. What I definitely did do was bring the record by personally to record stores I was frequenting at the time like Throb, Temple, and Dance Tracks. Then there was Sonic Groove, where the uptight techno head behind the counter dropped the needle on the record, heard all of 3 seconds, then threw it back at me, exclaiming, ‘There’s no way anyone can play this!’ Well, all righty then. Thanks, dick!

In the end, I did manage to get rid of all of them, via promos and selling. And through the years, it’s found it’s way back to me in ways that made all of it worthwhile. Here’s one example: After Khan and I moved to Berlin and our group Captain Comatose blew up, we found ourselves doing a gig in Glasgow. During dinner before our show, Jonnie Wilkes from the Optimo DJ team, produced a copy of the record and said, ‘By the way, is this you?’ What a cool surprise that was, and made even sweeter when Jonnie told me that, although the audio quality may have been lacking, he recognized something cool and unique within its grooves. And more recently, a Discogs crate digger procured a copy from Spain, and felt it worthy enough to post on YouTube. Since then, requests have been coming in as to where to find it; twenty-four years later!

So all this leads to the reissue you see before you now. ‘Hat, Hair, Lipstick’ has caught up with the digital age. Vinyl purists may balk, but to me there is no ‘right’ way to listen to or DJ music, just like there was no one ‘right’ way to make this music in the first place. It's all random.

Enjoy the journey. You can dance if you want.

Written, produced and performed by DJ Snax.
Sample taken from 'Prank Phone Call' by XO Dynamite.
Special thanks to David Barrett and

Snax co-founded gay art band Fagbash, and was one-half of disco-pop band Captain Comatose.
As a solo artist, Snax wrote and played the majority of instruments and vocals himself on four solo albums, the latest being Shady Lights released on his own label Random Records. Since then, Snax founded House Of Snaxine and fostered his house music project Box Office Poison. ... more

Bandcamp Daily  your guide to the world of Bandcamp